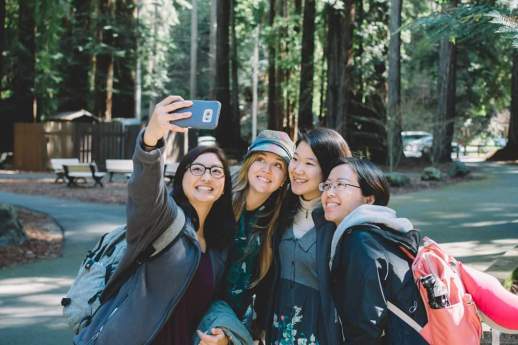 Life on the margins… it seems to be all I will ever know.  I grew up the blonde girl in a world of black hair and black eyes being asked to teach English when really I should’ve been learning more Mandarin as I lived among the Chinese.   Ironically, my other-ness is never more pronounced than when I am in a room of white skin, of monocultural Americans who know one world—the world in which they are a majority.  Surrounded by European Americans, I am visually a part of the majority but internally feel a constant dissonance as I encounter new worlds of thought.

Sometimes I get asked what denomination I am a part of.  How do I answer?  I was raised by Christian missionaries working for a non-denominational evangelical organization.  We worshipped among English-speaking Anglicans in Hong Kong, Chinese Baptists in Taiwan, and at various house churches.  In college I worshipped in a Christian Missionary Alliance church (and attended a CMA University).  Later, I was part of a team that planted a small church among the houseless and drug-addicted in an old AME (African Methodist Episcopal) church building in our small city’s downtown.  Now in Hawai’i, I worship with an indigenous-style Hawaiian church with forms and traditions unlike any other I’ve seen without any denominational affiliation.

Notions of faith and theology I carried in my early life are challenged by every environmental and cultural shift I encounter in life.  I have questioned my epistemologies and assumptions so many times that most of what is peripheral about the gospel about the church has been swept away, leaving behind the essential foundation of my belief in Creator, his son Jesus, and Holy Spirit.  Meanwhile I work for an interdenominational Christian ministry, befriending international students and regularly engaging in dialogue with modern atheists, traditional Buddhists, devout Muslims, and New Age Universalists. 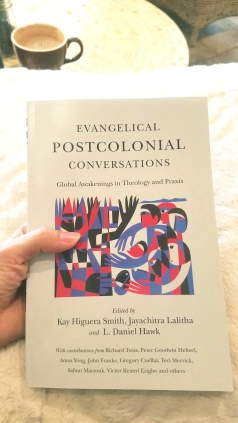 Today I opened a new book I’ve been meaning to read for over a year now and I found myself in the company of friends whose conversation hums at the same frequency as the constant debate in my head.  They are Evangelical Christian thinkers and practitioners who are White, Asian, African, Indian, Native indigenous, and Feminist.  Everyone is welcome at this round table of discussion and invited to have “the courage to differ graciously.”  This table of respectful dialogue is a heavenly oasis in our increasingly polarized society where disagreement with another’s position is perceived as rejection of the person and rebellion against the established order that they adhere to.

Introductory words penned by known Christian theologian and author Brian McLaren flow like water to my thirsty soul… “For its first two thousand years, Christian theology has been a largely white male enterprise, the province of people born like me.  It’s a cliché to say so but still largely unacknowledged.”  He goes on to suggest the possibility that we break out of our hegemony and listen to marginal voices so that, “the Christian faith of the future [can] be a joint enterprise in which the descendants of the colonized and the descendants of the colonizers come together, reflect on the past and imagine a different and better future together.”

Like Brian, I am a descendant of that “white colonial enterprise” and for my own faith and growth, my own healing and transformation, I need to listen to the marginal voices in these postcolonial theological discussions.  Though I might have experienced life on the margins of my own ethnic and cultural community, I am still of the dominant group and cannot sneak out of the backdoor, ignoring my own complicity in it.  Though it is a hard pill to swallow, it is a gift to me and my people to hear these voices which we have long sought to silence.  Because of this oppression, they carry in them a resurrection power that reflects all that Jesus lived and died for.  I am not entitled to sit at this table, but grateful to have been welcomed to take my seat.

I could sit and listen to this conversation all day with dreamers of a better world, a world that looks a lot more like the Kingdom of Heaven than the one with environmental, cultural, and actual field battles that surrounds us.  And yet I also know that conversation will not have relevance unless it is lived out and refined a midst our daily conflicts and clashes.  As I read, I look forward to hearing new voices in the world of evangelical postcolonial conversations and experiencing my own deep transformation

Do not conform to the pattern of this world,

but be transformed by the renewing of your mind.

I grew up crossing oceans and want to keep voyaging to new lands!