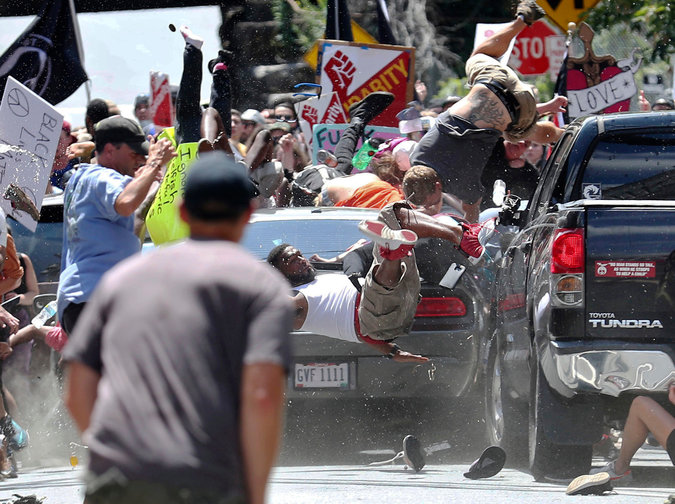 Graphic pictures of bodies flying over a car give our thumbs pause as we scroll through today’s news feed.  The headline draws us in, “Car Hits Crowd After White Nationalist Rally in Charlottesville Ends in Violence”  (The New York Times). We click and peruse the article.  It’s ugly.  A neo-Nazi organization gathered hundreds of white supremacists for a night march yesterday through the University of Virginia carrying torches and chanting, “You will not replace us, Jew will not replace us.”  It’s shockingly frightening.  Why did they gather?  All because an African American high school student petitioned for the removal of the city’s statue of Robert E. Lee, a confederate general, a symbol of white dominance and African American slavery. 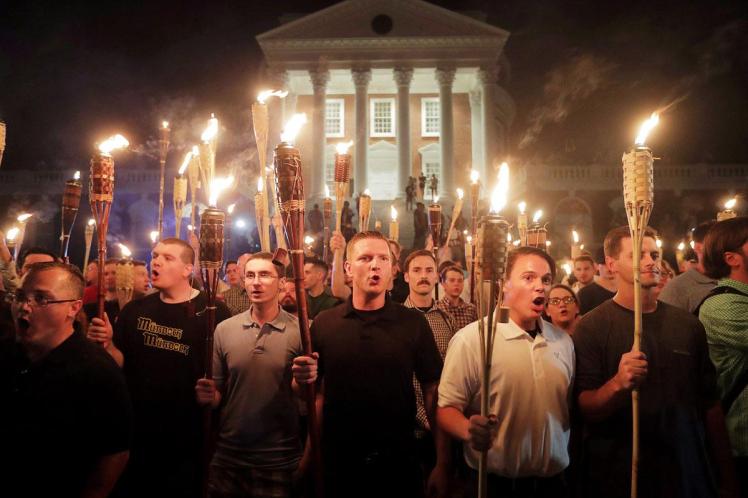 How the heck did they gather that many people with such an extremist view!? We think. Wow.  Crazy people still exist in our nation.  Haven’t we moved past this since Lincoln signed the Emancipation Proclamation in 1863?  That was 154 years ago.   KKK was disbanded, right?  Or didn’t we recover through the Civil Rights movement when white and colored separation in public was abolished and schools were integrated?  That began in 1954… like 63 years ago.  Integration, Affirmative Action, Racial Quotas… where have they brought us?

The urge is real to click the “x” and move on to memes of photoshopped animals, babies, and politicians… to leave this mess behind, conveniently tucked away in dusty annals of history.

We’ve clicked the “x” for too long because this issue seems distant thinking, it’s not in my neighborhood, it’s not my problem.  After all, I live hundreds or thousands of miles from Virginia, far away from the blazing torches and mangled bodies.  What does it have to do with me?

What we are witnessing erupt over computer, TV, ipad, and cell phone screens across the world are images of America’s past reanimated in America’s present.  They call me to question whether we’ve really moved so far from our inception in 1776 when we decided that “all men are created equal” … well, at least all white property-owning males (but we’d rather just forget that part).

Since the mid-1600’s white America has been experimenting with white supremacy as we displaced indigenous communities with centuries if not millennia of history in the land.  Our right for religious freedom was deemed more important than their right to life and land and early nation-to-nation treaties quickly degraded into shameless genocide.

The need for labor to support in our cotton (and sugar) kingdoms led us to adopt the human trafficking practices of European nations.  Our nation was built on the backs of African slaves who picked our cotton and built our buildings, then Asian slaves who dug our canals and built our railroads, eventually Latin American slaves who picked our grapes and dug up our potatoes, with a few communities of oppressed white folks in between (who eventually gained privilege and power anyway because we helped pull them up by their boot straps… whatever those are).

The pictures I flick through on my cell phone today show me that we are still the same America bearing the rotten fruit of our diseased roots of genocide and slavery.  We’ve never admitted our corporate sin and thus we have never healed.  Charlottesville is the festering wound uncovering the truth that white supremacy, as sick as it is, is alive and well in America.  Fellow white people hear me on this: this isn’t just Virginia’s problem, this is all of our problem.

I don’t know if my ancestors kept slaves and justified their brutality through twisted interpretations of the Bible.  I don’t know the early settlers I am descended from shot Indians or cut off their hair and beat them for speaking their beautiful languages.  But I don’t have to know this to recognize that as a white American, I have benefited from these human crimes.  My privilege was bought at the price of their deprivation.

If it wasn’t for the cross of Christ, and the blood he trailed on his pathway to Golgotha, my corrupted condition is utterly hopeless.  But my innocent Jesus, falsely accused by the oppressive power of his day, submitted himself to unjust execution.  This apparent defeat became a triumph when his persecutors were exposed as the unjust powers that they are—so wicked they were capable of killing an innocent man.  Even more, they were rendered powerless when he busted open the grave and ascended to the right hand of God the Father where he awaits the time when he will judge the people of the earth. 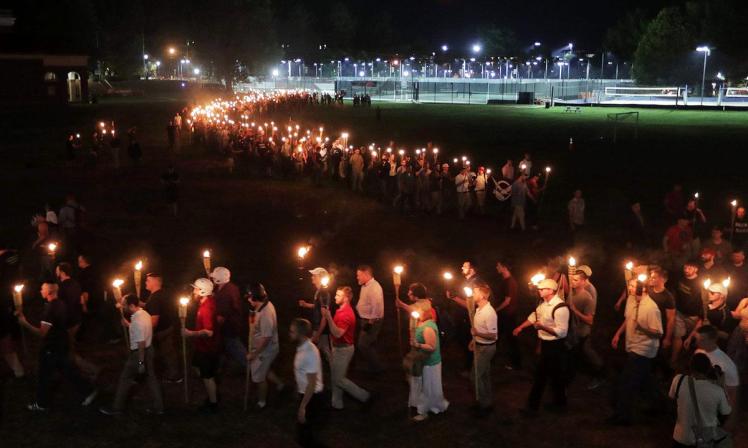 I look back again at the torch-bearing white men (and women) who we see every day in our DMV’s, hospitals, elementary schools, businesses, government offices, and … our churches.  With grief in my heart, I repeat the words of my Lord, “Father forgive them. And then catch my breath to say, Father forgive US.  Open our eyes and soften our hearts.  Let us not allow generations of evil to fester into the future.  Let us admit and repent and begin to heal.”  I stand beside my brothers and sisters of color and say, “Father protect them. Protect their bodies and guard their hearts and give them hope for a more beautiful tomorrow that we might one day build together.”

We are a nation that needs to heal from over 400 years of violence.

It’s time to wake up.

Let us first wake up to the fact that this is a deeply spiritual battle we fight in prayer (Ephesians 6:12-18). An excellent corporate prayer guide was written by Rich Villodas of Missio Alliance: A Congregational Prayer for Churches After Charlottesville

Ask friends of color how they are feeling about  Charlottesville.  Listen.  Don’t make excuses for anyone’s actions.  Don’t spiritualize angry responses (Jesus got angry at injustice, see John 2:15 for one example).  Choose silence instead of empty words.

Demonstrate partnership by joining friends in nonviolent action that exposes injustice and elevates the lives of all people.  Silence and non-action permit injustice to continue unchecked.  Stand in solidarity with the multi-ethnic family of God (Revelation 7:9).

5 thoughts on “White America, look at Charlottesville. It’s time to wake up. ”