I’m half-way through my “Europe Voyage”.  Over the last 5 weeks my pace has kept me clipping along through England, Ireland, Italy, Switzerland, Germany, Czech Republic, and Austria where I arrived last night.  As I experience God’s extravagant goodness from country to country, my heart swells with gratitude!  Here are some highlights from my trip thus far…

Whilst in England, I reflected on God’s restorative work in my life over the last decade.  10 years ago, I was stuck in the middle of a depression, questioning whether God was good, whether he existed, and whether life was worth living.  Revisiting my old YWAM school, the daffodils were a tangible reminder of the way God revived me, remade me, and sent me to pour into students in California and Hawai’i.  Read more on my blog Daffodils.

What a joy to stay with my cousins, making daisy chains and performing ballads on a lazy Sunday afternoon as they taught me what it means to be English (since, as they say, I speak American).  A highlight was speed-walking through city streets, tunnels, and alleyways with a London Policeman (my cousin’s friend) to see 1st century Roman walls, sites of the abolition movement, England’s first coffee shop, Charles Dicken’s favorite pub, and Harry Potter’s wand shop.  The most powerful moment was sitting in on an afternoon worship service in the church where John Newton, former slave trader, served as a pastor—we serve a God who restores!

I took the ferry over to Ireland to join a group of InterVarsity Study Abroad students on a pilgrimage to learn about Celtic Spirituality. I was inspired that a man who lived 1,600 years ago—St. Patrick—remains so strongly in the people’s consciousness as the spiritual father of the island nation that once enslaved him.  The vibrant green island pulsates with rich spirituality as St. Patrick wisely syncretized indigenous Celtic spirituality with Christianity. I was inspired by the 800 years of faithful worship at Ballentubber church where parishioners would stand in the wet cold to worship  even during the decades when the church had no roof!  I chose to adopt the ancient Celtic idea of pilgrimage, peregrinatio, which encapsulates the idea that it is a life-long journey both inward and outward led by the Spirit of the Creator. 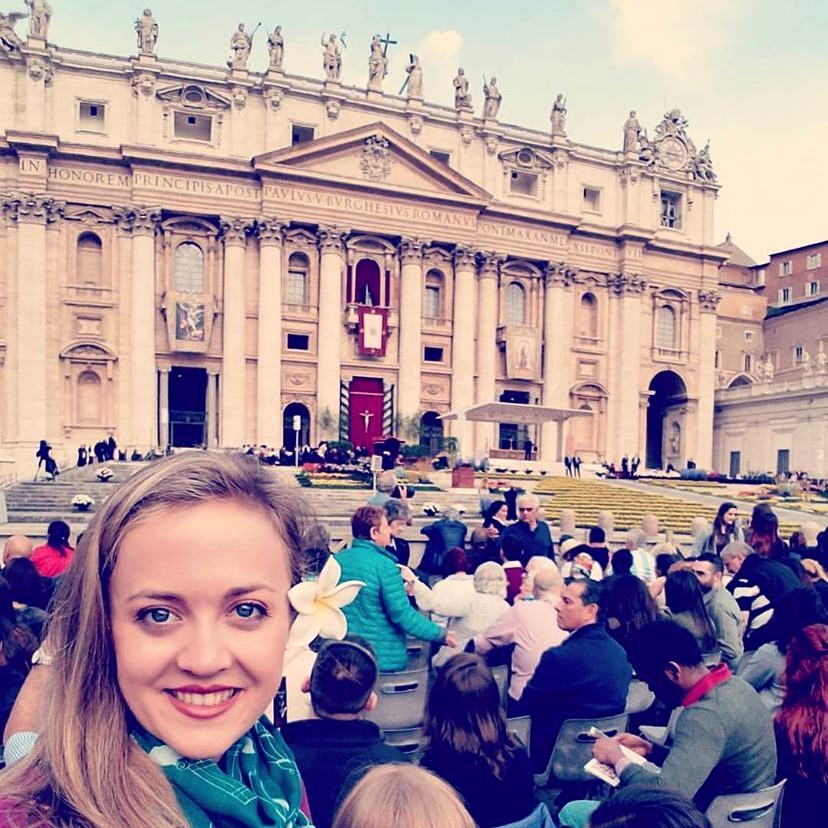 A day after leaving Ireland, I landed in Rome to join a second InterVarsity pilgrimage, but this time with a group of staff and donors following the life of Italian Saints.  We began with Easter Mass at the Basilica of St. Peter (pictured) and a powerful homily message from Pope Francis.  After 2 days of traversing the ancient Roman super-city, we journeyed to the quiet monastic town of Assisi to get closer to the heart of St. Francis and his female contemporary, St. Claire.  Their lives of simplicity and service that challenged the opulence of the church of their day are just as provoking 800 years later.  Their stories make me question the kind of impact my life is having in the world and what ripple affect I might leave when I die.

Staying with my friends in Switzerland for 5 days afforded a good time to slow down, breathe deep, and reflect on the things the Lord is revealing and to share them with you (which I am now sending 5 days later from Austria).  My wonderful Swiss friends (whom I met during a YWAM Discipleship Training School in England 10 years ago) made me feel like an honored guest, serving me exquisite chocolates, cheeses, and wines and giving me a quiet room which overlooks the French Alps.  I enjoyed exploring Geneva, Lusanne, Guyere (famous for the cheese), and Bern, the place my great-great grandfather left in the mid 19th century.  It was fun to explore my Swiss roots—I love Swiss people & Switzerland and felt like I left part of my heart there. 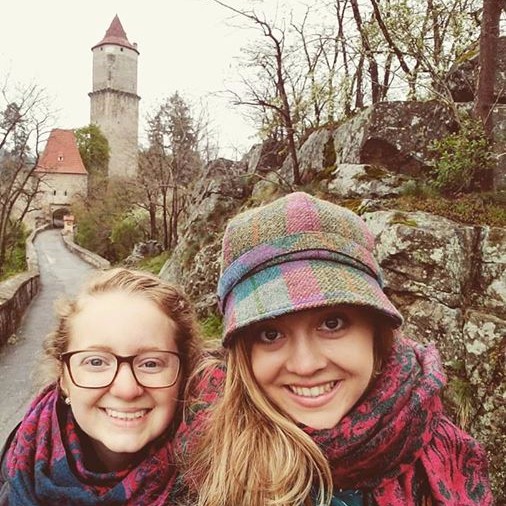 I don’t intend to keep up this pace, but I’ve spent the last 4 nights in 4 different beds in 4 countries!  A student I met in Ireland (Alexis, an American studying abroad in Scotland) wanted to visit Salzburg with me.  We met in Berlin where it was cheaper to rent a car, drove to Prague where we stayed with an American missionary and learned about the most atheistic country of Europe, and then drove yesterday to Austria.  We have changed currency and language 3 times and had quite an adventure in a small Czech town when 5 local guys helped us determine what kind of gasoline to put in our German car (we had no common language)!  God has been so good to guide and guard us as we navigated blocked roads and unexpected snow flurries!  The sun is now shining in Salzburg and we’re ready for warmer adventures!

Click here to read Part 2 recounting the second half of my Europe Voyage.

One thought on “Europe Voyage in brief PART 1”